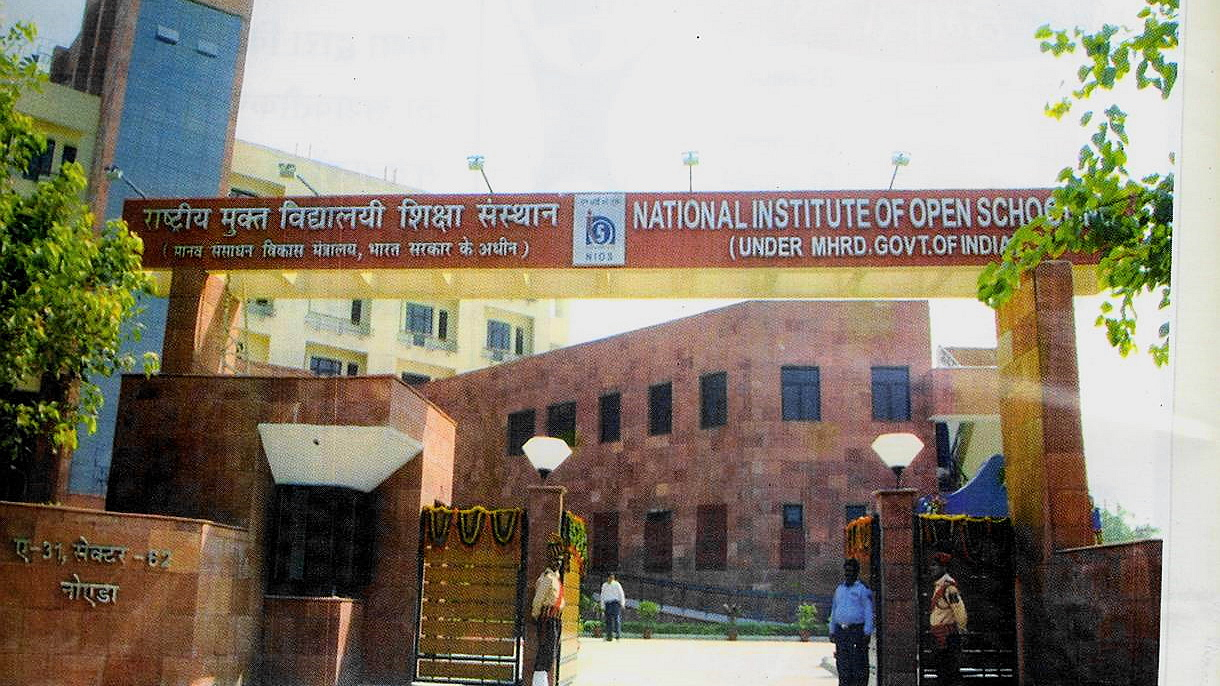 1. The National Institute of Open Schooling (NIOS) is one of the three National Boards of Secondary and Higher Secondary Education.

2. It was started by MHRD Govt of India under the supervision of CBSE and then separated from CBSE in 1989 to work as an independent Education Board came to be known as NIOS.

3. It offers school education through Open and Distance Learning (ODL) mode. It is like IGNOU [Indira Gandhi National Open University].

4. It is the largest open school in the world where more than 27 lakh students have joined during the last 5 years.

6. NIOS students can get admission in any school and colleges in India as well as in foreign Universities. Our Wisdom Booth students after completing their 12th from NIOS are studying in US, UK, Canada and also in other countries.

<> The largest Open Schooling system in the world.

<> NIOS is valid and at par with CBSE, ICSE & GSEB

<> More than 38 lac have already been certified in the Secondary, Senior Secondary and the Vocational Education Courses is NIOS since 1991..

<> More than 6,00,000 learners take admission every year that is nearly half the strength of CBSE and GSEB.


Why NIOS is gainimg popularity?

1. It is suitable to all types of students: Students wishing to go for IIT, Students who want to build career in sports, The students who are having established family business and just want to get degree with subjects of their own choice, Elderly person whose age is not suitable for attending school, specially abled children who could not join formal schooling, etc. can all join NIOS for their further studies.

2. You can pass your exam without Math/Sci/ Accountancy/ Eco: Flexibility of subjets provides one of the key advantages of NIOS as the students who are not comfortable in Mathematics, Science, Social Studies, Sanskrit, Accountancy, Statistics, Economics, etc. can drop all such subjects and can select the subjects of their choice and can pass their 10th or 12th and can get admission in colleges very easily.

3. Low Financial burden : NIOS Registration fees structure is only around ₹ 2,000 to ₹ ₹3,500 which is affordable for all. However, you may have to spend on coaching and that depends on institution to institution. Yes, you can always save on coaching fees by self-learning method.

4. You can pass your 12th (up to 4 subjects) just within one year after 10th: It is more beneficial for 12th students as they can pass their four subjects of 12th after one year of passing their 10th standard and the rest of the subject/ subjects can be passed at the end of second year. This will give the student proactive planning period for preparation of competitive exams like JEE, NEET, CLAT etc. for the whole year.
In short, under formal schooling system, you just pass your 11th after one year, while NIOS students can pass their four subjects within one year.

There are other benefits also but please don’t fall into the trap of fake institution / unauthorized persons who may misguide you.

Please refer to the problems faced by NIOS students before you decide for NIOS. Click here….